Who is running for president (in the)?

At least a dozen Republicans and a few Democrats have expressed interest in running for 2016 the presidential nomination 2016. 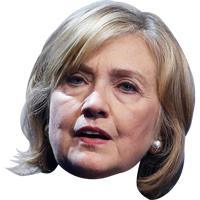 “It is a very serious business, so I'm obviously thinking about it, but I have not made a decision.”

Daughter of Dorothy Rodham and Hugh Rodham, with his two younger brothers grew up in Park Ridge,Illinois.

He studied law at Yale, where he met William Jefferson Blythe IV, best known for Bill Clinton. He worked in laChildren's Defense Fund as staff attorney, after graduation 1973, he headed the board of the foundation. Year 1974, he moved to Arkansas, where fueprofesora of law in State College. She married Clinton a year later and he had his only daughter, Chelsea Victoria. In 1977 creates a law firm where he works up 1992, specializing in violation of patents and intellectual property.

After being sworn in, President Clinton became the First Lady of the United Unidosde 1993 a 2001. In addition he chose to lead a special commission on health care reform, the most innovative industry presidential program during his first year in office. In September 1994, one year after the special committee had submitted its report, and after several other congressional committees propose alternative plans, announced that he could not remember any proposals on health and the report is filed. He decided to take a role without public importance. Its possible involvement, junto a Bill Clinton, in an alleged real estate fraud, triggered the so-called Whitewater did not prevent the nomination and win for Clinton 1996, for reelection. 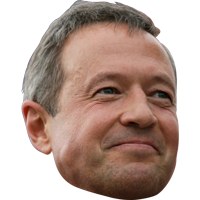 The former governor of MARYLAND

“I am seriously considering running in 2016.”

Martin Joseph O’Malley (born 18 Jan. 1963) is an American politician who served as the 61st Governor of Maryland, of 2007 a 2015. First elected in 2006, He defeated incumbent Governor Robert Ehrlich, and again in a rematch of 2010. Before being elected governor, he served as mayor of Baltimore 1999-2007, he having previously served as councilman of the city of Baltimore, of 1991 a 1999. A member of the Democratic Party, he served as Chairman of the Democratic Governors Association of 2011-2013. 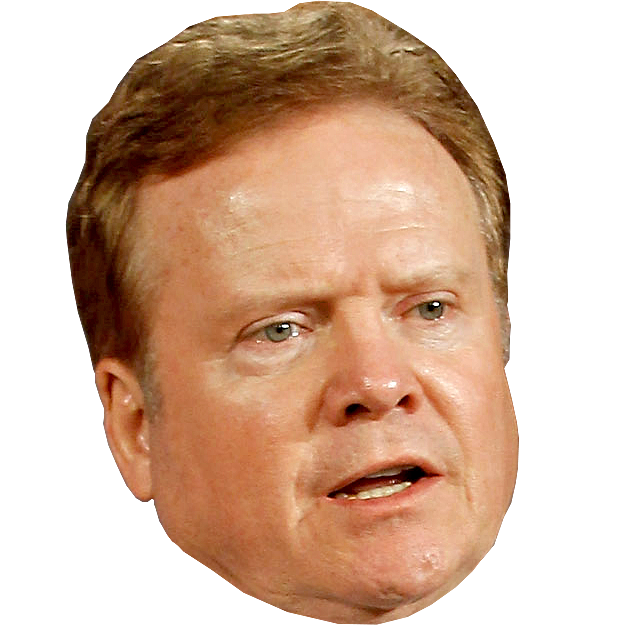 “I am seriously looking at the possibility of running for president.”

Former Democratic Senator Jim Webb reported that created an exploratory committee to help you determine whether formalized his candidacy for president of the United States 2016. 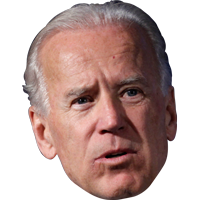 Joe Biden is the current and number 47 Vice President of the United States. As such the government and cabinet integrated management of the current president, African American Barack Obama. Lawyer and politician long career in his homeland, Biden, Obama accompanies since January 2009. Joseph Robinette, alias, “Joe”, Biden, Jr. hails from the city of Scranton , belonging to the state of Pennsylvania, where he was born 20 of November 1942. After completing his basic studies decides to pursue a career in Straight at the University of Syracuse, obtaining his law degree in the year 1968. In 1972 becomes senator from Delaware, remaining in office for six terms. It should be noted that when he was in this position assumed in unison lapresidencia Judiciary Committee United States and then chaired the Committee on Foreign Affairs. I decided to venture into the political arena, Biden, decides Year 1972 stand for election to Senator for Delaware. Even Though, competition was not easy as opposite was the ally of President Robert Nixon, J. Caleb Boggs, Biden, confident, tries and gets the job to the surprise of all. Had by that time 30 years and this will only added another record: being one of the youngest senators country. 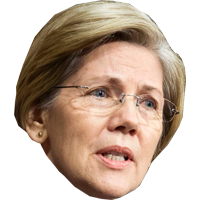 “I'm not postulandome for president. Want me to put an exclamation point at the end? ”

Warren, whom the media has dubbed "the great lady’ of the American left- is the most visible face of a new trend that has emerged within the Democratic Party who are not afraid to talk about the growing inequalities in the country.

Although he has said repeatedly he thinks not aspire to the presidency of his country, there are many who would like to see this exprofesora of law at the University of Harvard born 1949 within a humble family of Oklahoma, compete for the White House in the election of 2016. 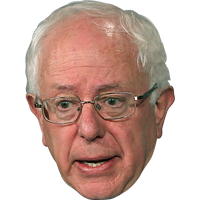 Bernie "Bernard" Sanders is an independent but openly socialist member of the US Senate, representing the State of Vermont. Sanders was born in 1941 Brooklyn, New York. He is the son of Polish Jewish immigrants. He was elected to the United States Senate in the 2006 after serving 16 years in the House of Representatives of the United States. He is married to Jane O'Meara Sanders. '' He graduated from the University of Chicago, with a BA in Political Science 1964. Then he moved to Vermont, where he worked as a carpenter, filmmaker, writer and researcher, among other works, before starting his political career 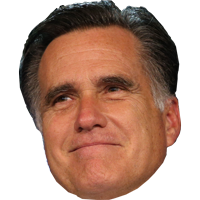 “I did not want hacercela harder for someone else to emerge and have a better chance of becoming the next president”.

Republican presidential candidate (2012-2016), Mitt Romney, He was born in Detroit, Michigan en 1947. He studied English at Brigham Young University where she earned a BA. Holds a Master of Laws and Administration Business, Harvard University. Not the first time running for public office. He was governor of Massachusetts from 2003 a 2007, and 2008 he lost the Republican nomination for president, which earned Sen. John McCain. 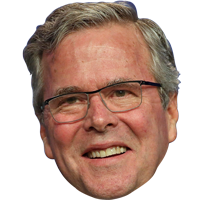 The former governor of Florida

December, Mr. Bush announced on Facebook that was “actively” exploring a presidential race. 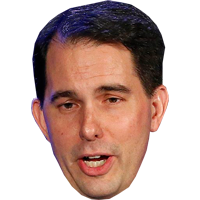 “My personal process is that I feel that is a vocation, especially for the time and effort and the impact it has on family and friends.”

Recientememnte asiastio the "Freedom of Iowa" summit meeting of the party's conservative base. 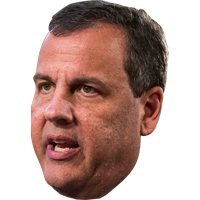 “I'm thinking about it. You can imagine that this is a very difficult decision to make and very important “. 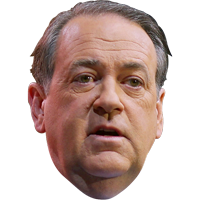 “I feel obliged to determine whether there is sufficient support and strength for another presidential race. As we say on TV, stay tuned! ” 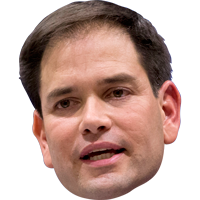 “If I run for president will not be against anyone, it will be because I think I have an agenda that no one else is offering on our side of the aisle.” 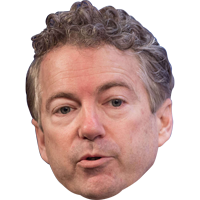 Sr. Paul has called his candidacy “an ongoing debate.” 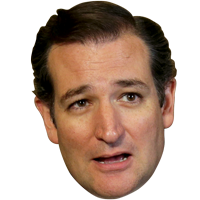 “I can tell, I've been getting lots of encouragement, much support, and I'm seeing that possibility very seriously. " 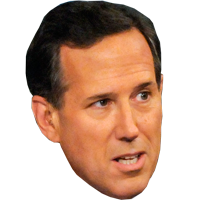 “We are, obviously, in a better place now. Our message will be much more focused this time than it was the last time “. 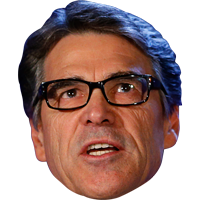 “I've spent the last 22, 23 months of preparation as presidential candidate”.

A record beaten in their 14 year career as governor of Texas, but came to an end. He has traveled throughout the country, including Iowa, to promote their achievements. 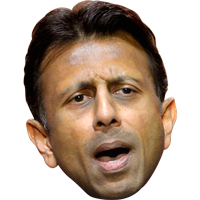 “The thoughts and prayers” about a career. 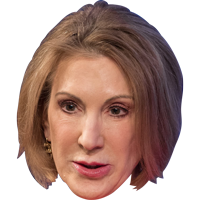 “Okay, I have not made that decision yet, but what I can say is I'm very seriously considering the possibility of running.” 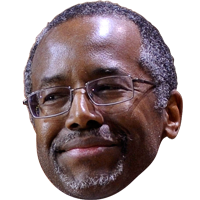 “I do not see the urgency. Let everyone else come if they feel urgent, but I would have a tendency to do things the way that they feel good for me “.

0 0 0 0
Previous : China opens political ties with Latin America
Next : “Who gave this son of a bitch his green card?”

This site uses Akismet to reduce spam. Learn how your comment data is processed.